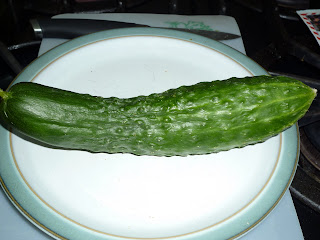 I stumbled upon this NPR piece a little while ago and, being both a cooking and evolutionary biology enthusiast, found it fascinating. Apparently cooking helped make humans smarter (by allowing for larger, more complex brains) because cooked food can be digested more easily and allows a faster extraction of nutrients from the food source.


The piece, which is very well done except for some annoying chewing noises at the beginning, starts at about 5:45 after a short note on companies hiring marine scientists to keep their mouths shut about the oil spill.

When I stumbled across the piece, I immediately sent it to Cynthia, who had tried raw-foodism for a while. She noted that, like the piece described, she felt clean and healthy at first, but began to notice decreasing energy. This is apparently because the human body likes the roughage from a raw food diet, but it requires so much energy to process the calories that ultimately one stops getting enough nutrients and vitamins.
Posted by Sulpicia (III) at 12:17 PM